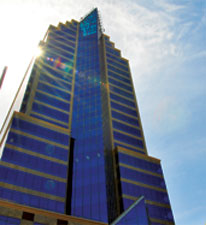 For more than 40 years, the California Housing Finance Agency (CalHFA) has supported the needs of renters and homebuyers by providing financing and programs so more low to moderate income Californians have a place to call home. Established in 1975, CalHFA was chartered as the state's affordable housing lender. The Agency's Multifamily Division finances affordable rental housing through partnerships with jurisdictions, developers and more, while its Single Family Division provides first mortgage loans and down payment assistance to first-time homebuyers. CalHFA is a completely self-supporting state agency, and its bonds are repaid by revenues generated through mortgage loans, not taxpayer dollars.

As circumstances from COVID-19 continue to evolve, CalHFA’s priority is ensuring the health and safety of our employees, customers, and business partners while continuing to fulfill our mission of helping Californians find a place to call home. For more information on how CalHFA is responding to COVID-19, please visit our dedicated COVID-19 information page.

Our response to COVID-19